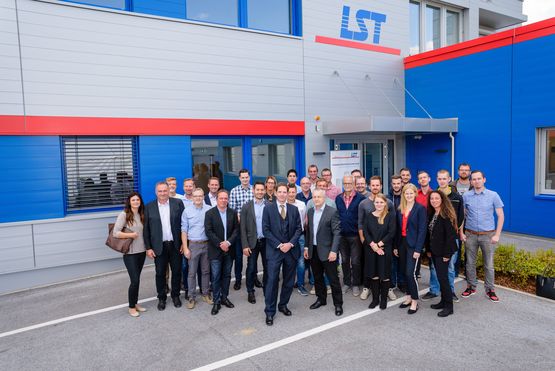 On the 19th of September, Labor Strauss Sicherungsanlagenbau GmbH, the leading Austrian manufacturer of security systems and its customers as well as politicians and business representatives celebrated the twentieth anniversary of LST's branch office in Graz as well as the official opening of a spacious new building.

„The dynamic development of our business in recent years and the positive future prospects have led us to further expand the branch office in Graz in order to strengthen the proximity to customers in the states Styria and Carinthia and in the south of Burgenland," emphasised LST's Managing Director Dipl.-Ing. Stefan Friedl together with the manager of the branch office Graz, Ing. Gerhard Fassl, on the occasion of the official opening of the company premises in Gmeinstraße 11. More than 150 guests accepted LST's invitation – among them a member of the Bundesrat, Ernest Schwindsackl, who stood in for mayor Mag. Siegfried Nagl as well as for the head of the provincial government of Styria, Hermann Schützenhöfer.

First-rate references
Twenty years ago, LST Graz has started its activity with three employees in an office in the Conrad-von-Hötzendorf-Straße. The expansion of the cooperation with numerous planning offices and electricians accelerated growth extremely. Today LST Graz with its 40 employees serves more than 1,000 security systems. Among them are references such as the Knapp AG, the Admont Abbey, the State Hospital Hartberg as well as the Kunsthaus Graz. In 2018, the branch office Graz achieved a turnover of almost €6 million. 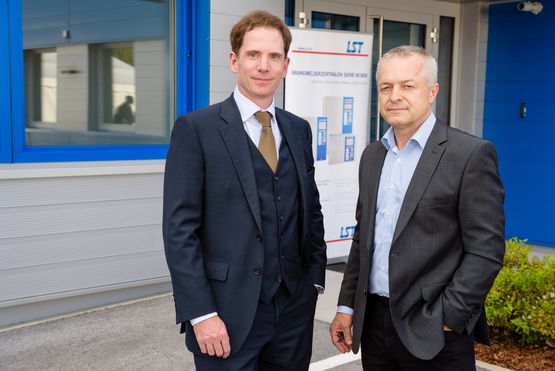 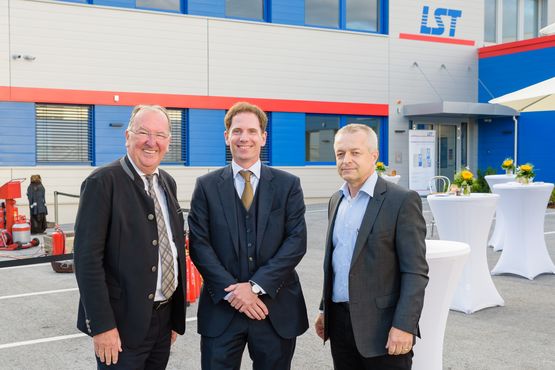 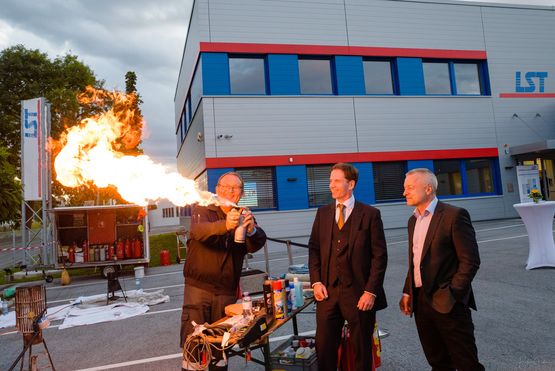 A demonstration carried out by the Brandschutzforum Austria